Friday, kick-off the weekend with songwriter Chris Ross and the North at our free early show. Then, immediately following, dance the night away with Cloud Nine playing a mix of Funk, Rock, Hip Hop, Reggae, Metal and Soul; Small Talker opens with some good ole’ soul music.  Saturday, enjoy two free shows! Come in early for a special student showcase at the Brit Drummer Student Performance. Just after that, Back Yard Tire Fire plays some blues, folk, and rock.

Hancock, Maine native, Chris Ross has been writing and performing his songs for the better part of a decade. He mixes smokey folk with a rambling and witty poeticism, which earned him the “Songwriter Of The Year” award at the 2014 New England Music Awards. His music is simple yet rich, catchy yet worn at the edges. Facebook Event

Cloud Nine influences range from a huge variety of music such as Funk, Rock, Hip Hop, Reggae, Metal and Soul. The idea is to make music that people can listen to, either live or on recordings, that will blast you wit 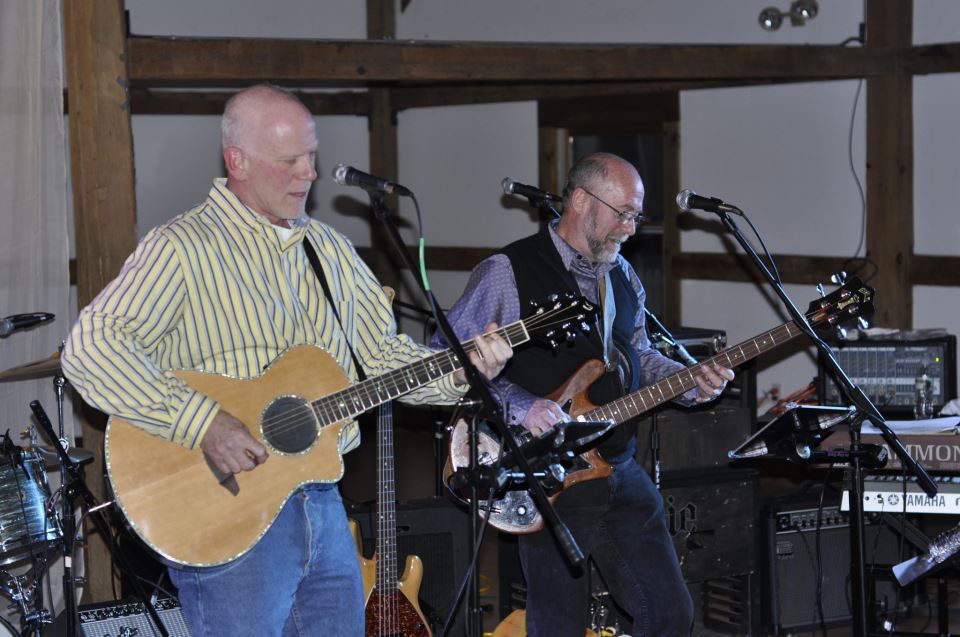 h a positive energy and an uproar to dance your ass off.   Smalltalker opens with some good ole’ soul music. Facebook Event

With a natural blend of blues, folk, and rock , Brookfield, NH’s Back Yard Tire Fire create original “feel good” music. Originally from Newmarket, the lead singer and guitarist Brian Ernest has teamed with his good friend Carol Piper from Wolfeboro to create this duo. Vocal harmonies and a blend of acoustic/electric sound have made this team a local favorite. Facebook Event

Video:Cloud Nine at The Stone Church